What in the World is NIST?

NIST – the National Institute for Standards and Technology – is not well known by the general populace except, perhaps, as the builders and maintainers of the world’s most accurate atomic clock. To help correct this, Art Guild, in conjunction with UJMN Architects and Designers, created exhibits for the lobbies of two NIST visitor centers, one in Boulder, Colorado and one in Gaithersburg, Maryland. The goal; to explain the role NIST plays in almost everything we touch from computer chips and building materials to the power grid and electronic health records. The exhibits combine artifacts, demonstrations, graphics and interactive touch screens to bring the NIST story to vivid life.

As mentioned in a previous news post, the lobbies contain pieces of the World Trade Center.  NIST spent six years studying steel girders from the towers to determine why the steel failed and the two towers collapsed. The displays are comprised of actual girders and graphics that explain how NIST went about studying these pieces of steel and, of course, what they found. Setting up these girders proved to be one of the most challenging aspects of the project. The girder in the lobby in Gaithersburg, Maryland weighs 8,000 pounds and took an entire weekend to install. The equipment that raised it into position cleared the ceiling by only half and inch. 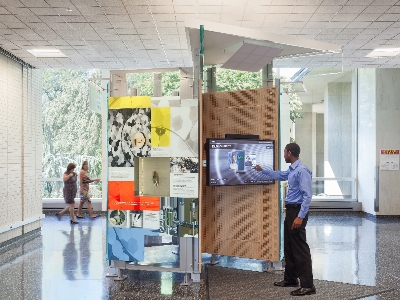 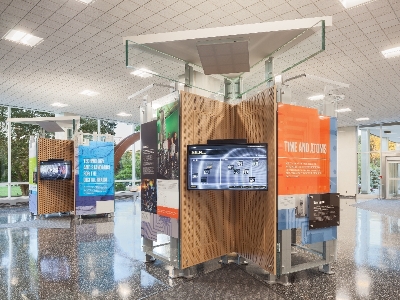 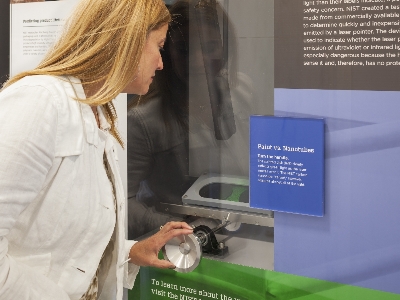 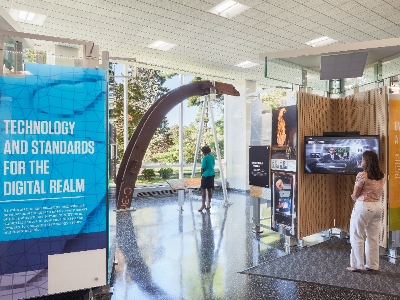 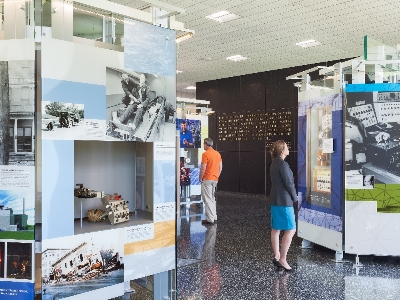 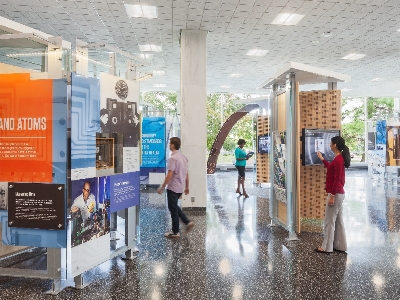 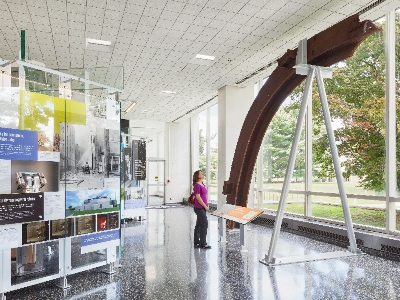