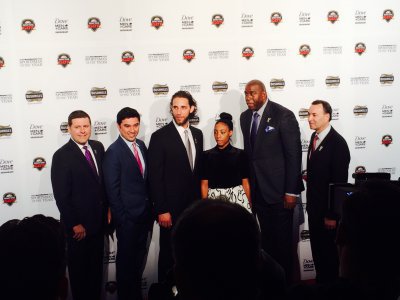 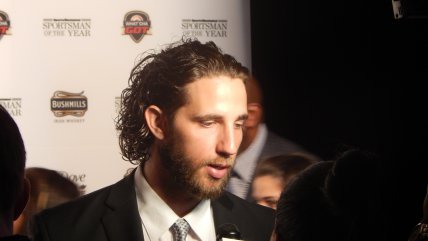 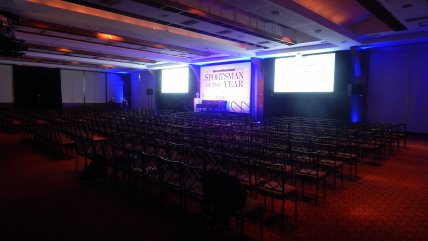 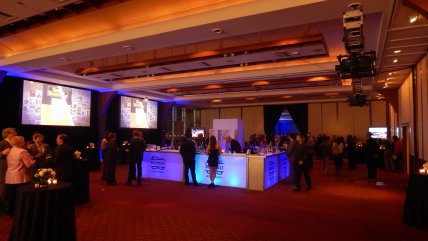 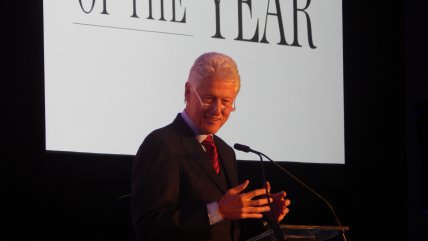 San Francisco Giant’s Pitcher Madison Bumgarner and Art Guild were both honored at Sports Illustrated’s Sportsman of the Year Awards, just in very different ways. Bumgarner won the award. We were just honored to be there and help bring the event to life.  It took place at Manhattan’s Chelsea Piers and Bumgarner won the award in part due to his legendary performance during the 7th game of this year’s World Series. On hand to recognize his achievement was Earvin “Magic” Johnson, recipient of SI’s Legacy Award, who had this say about Bumgarner…

Art Guild’s Meetings & Events team’s role at the event was straightforward, yet required some real old school hustle. Working under the direction of global sports and entertainment marketer, Octagon, we were brought in to the venue just weeks before the event, given a walkthrough of SI’s vision for the event’s flow, and then tasked with creating the structure and graphics to bring that vision to life. This included the red carpet, entry way, the ever-popular step and repeat photo op area and the cocktail party space. It all went beautifully. Photos of the event and some of the celebrity attendees can be seen above.