The Penn Museum’s New “Beneath the Surface” Exhibit 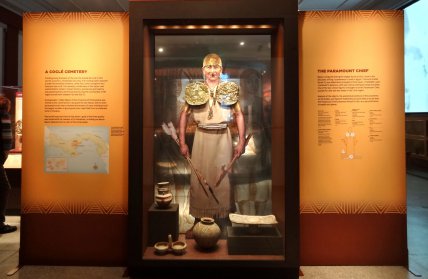 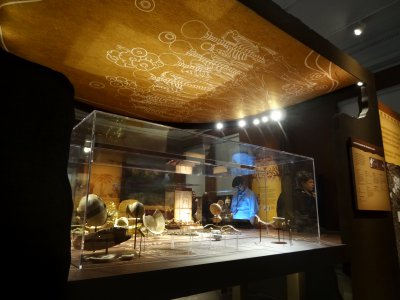 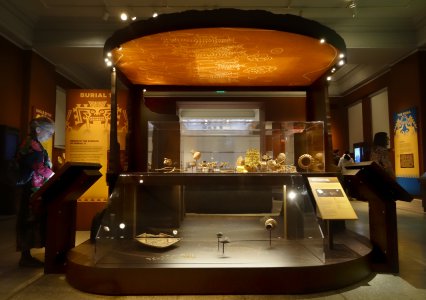 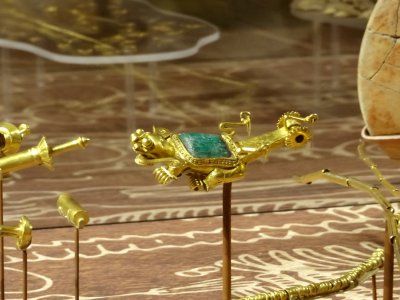 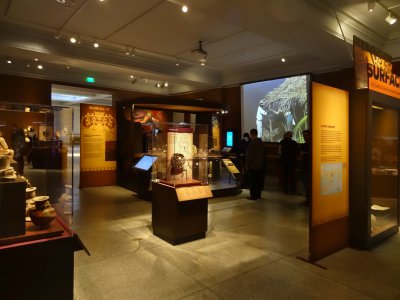 The Rio Grande de Coclé river in central Panama has a long history of shifting its course, leading to stories of children playing marbles with gold beads found on its banks. In the late 1920s, one such shift led to news of the discovery of a veritable “river of gold.” In 1940 archeologist J. Alden Mason led a Penn Museum expedition to the site and excavated remarkable evidence of the Coclé, a thriving Pre-Columbian civilization that had inhabited the region more than a thousand years before. The spectacular finds included large golden plaques, precious stones, weapons, literally tons of detail-rich pottery, and dozens of skeletons, many buried in upright sitting positions and considered to be those of warriors and chiefs.

On February 7, 2015 the Penn Museum in Philadelphia opened a new exhibit called Beneath the Surface: Life, Death and Gold in Ancient Panama. The exhibit, designed by Alusiv, showcases the expedition’s history and its finds, inviting visitors to dig deeper into the history, archaeological evidence, and new research perspectives on the Coclé people and their complex society.

The main role of Art Guild’s Museums + Environments team in the exhibition was engineering and fabricating two specialized, high-security, archival cases. The first, called the Burial Case, displays artifacts on three levels, representing the original three levels in which they were unearthed. It features a custom, adjustable LED lighting system, and was designed to not only hold great weight, but also to break down for traveling. The second or Introduction Case, highlights ceremonial gold adornments, mounted to a life-size cut-out of an artist’s rendering of the Coclé’s “Great Chieftain.” It includes custom lighting and signage components and is also easily dismantled for travel. Both can be seen in the photos.

The exhibition was previewed for the press by Georgia Athanasopulus, the Consul General of Panama in Philadelphia who hopes the exhibition will make Panama known for more than just its canal. To learn more and to see a day by day chronicle of the expedition as it unfolded exactly 75 years ago click here.